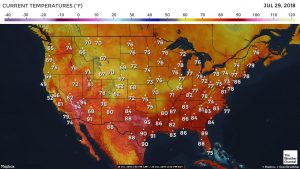 The dog days of summer are here. Defined as “the period between early July and early September when the hot sultry weather of summer usually occurs in the northern hemisphere,” you could say that we are smack in the middle of them. Look at the weather map for the US these days, and it’s plain to see that the heat is on. Here in Portland, Oregon, we are under a heat advisory– temps are expected to hit 99 degrees later today.

A time to turn up the air conditioner, if you’ve got one. Or fire up the fans. Hit the beach. Or go to the movies. Anything to avoid the heat.

It’s a harsh time. A time to endure. 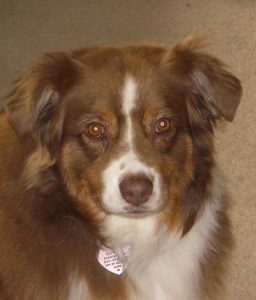 For me, this year, it’s the dogless days of summer which must be weathered. Recently, my beloved Rowan crossed the rainbow bridge (as all good dogs eventually do) and I am bereft. Having lived nearly all my adult life in the company of dogs, I am suddenly dogless. The house is bigger for lack of dog beds scattered across the floor. Without walkies and playtime and mealtimes, and weekly grooming/brushing and the constant battle against the tide of dog hair, I am at loose ends.  I feel as if I’ve forgotten something.  Something important.

And then I remember.
And am left shorn and bereaved all over again.  Her loss brings to mind the other beloved  fur kids who preceded her: Mia, Quilly, Taz, and the rest. I remember each of them, and how, over time, the pain of loss lessens and is replaced by wonderful memories. Sometimes, even dreams.

Rowan will not be my last dog, but for now I can only endure.  Some day, I know, another dog will come into my life, and I will rejoice.

Until then, I can only imagine that wonderful day, when the dog days return. 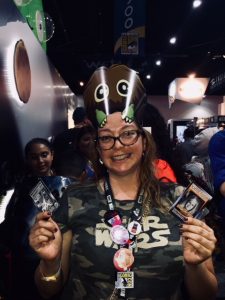 Yes, here’s a terrific pic of the fan who found the virtual me last weekend at Comic-Con in San Diego. She’s holding a couple of trading cards I sent along with a friend as swag (including one of mine).

I’ll be sending her an autographed copy of my novel, Brothers of the Fang.

Needless to say, it made my day.

Comic-Con, I Am In You 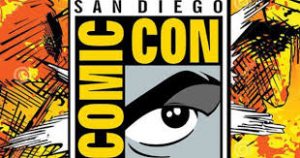 Virtually speaking, that is.

Physically speaking, I’m not going to make it to Comic-Con this year. It’s on my bucket list, but  I’ve never even managed to even get tickets for the mother-of-all Cons in San Diego.

This year, though, I have a friend who is going to be there and has kindly offered to distribute some swag for me. I gave her a few trading cards to give away, including a dozen  of mine. Two of them are autographed.

So here’s the deal, if you manage to snag one of my trading cards, or any of my books while at Comic-Con this year, snap a photo of yourself holding it at the Con and email the pic to me with your mailing address. I’ll send you an autographed copy of one of my books. Free.

Granted, finding my books or one of my trading cards in the middle of the biggest party in town might be a bit like finding a needle in a haystack, but I’m confident somebody will find me.  The Force is strong in you.

The Shape of Water is Story

The drought is over. 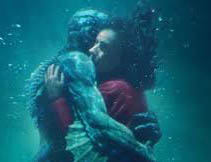 After a dearth of appealing films kept me out of movie theatres for all of 2017, I went to see Guillermo del Toro’s The Shape of Water this weekend. Of course I’ve heard the hype–all the nominations and awards the film has already garnered. I’d also heard the catcalls claiming it was just another overdone creature feature trope with glitter.

The reviews only partly influenced my decision to quench my thirst on this particular film experience.  I’m a huge fan of Guillermo de Toro films, and Pan’s Labyrinth is one of my all time favorites, even though the experience left me devastated and sobbing. Since that film, I think I’ve seen most of his movies. As a fan, he’s on my “automatic buy” list–anything he puts out, I’m going to spend my money on it. To me, he’s not just a great director, he’s a master storyteller.

And thus the lesson. 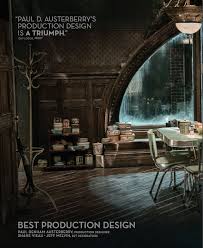 Just like the opening paragraphs of any good novel, from the dreamy opening credits and music, I knew this is going to be good. Fantasy. Tone. Mood. Music. All set within the first few seconds. The (short) voiceover in the opening serves as the prolog for what will come, but the same voiceover at the end it wraps up the story, giving the film it’s final context.

With water as the predominant theme, it is echoed in the setting, the characters and their actions. Rain, boiling eggs, overflowing bathtubs, spilled water; even the colors used (key lime pie, green Jello, a cadillac, a lapel pin), and the muteness of the two protagonists all mirror the effects set in the opening scene, reminding the audience that we are in a special place.

In contrast, the conflicts are hard-edged and real. Violent. Cruel. Electric. A ticking clock elevates the tension, the stakes are high.  Death. Betrayal. Loss.  The story could have been set anywhere or any time, but a secret research facility in the paranoia of the early 1960’s is a perfect contrast to the dreamy cocoon of an apartment above the perfectly-named Orpheus Theatre in downtown Baltimore (Orpheus. Get it? Perfect). 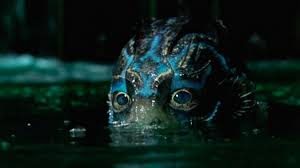 You know the trope. Thanks to the critics and the marketing, you probably already know the story, but it doesn’t matter.  We come to story for the experience.  For the emotional journey.  Yes, the film is a fairy tale.  But more than that, The Shape of Water is Story, told by a master, with the most beautiful music (composed by Alexandre Desplat), cinematography (Dan Laustsen), and cast that will make you forget everything but the wondrous tale that unfolds before you. 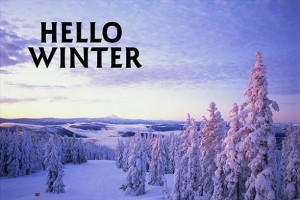 Welp, we’ve got a white Christmas here in Oregon. Everyone’s favorite winter weather event.  The weather folks (who should know) hinted at the slim possibility of a white Christmas, and everyone I know was excited by the prospect, which is pretty rare in the Portland area. A slim chance. Hardly even worth mentioning. It didn’t seem too likely. 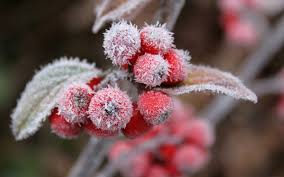 After all, we were in the midst of a blissful, sunny (if cold) stretch of clear skies and sunny days.  Dry as a bone, but beautiful. Thursday morning, we woke to a winter wonderland coated in hoarfrost for the Solstice. A sky so blue, it hurt your eyes to look at it.

The rains returned on Friday.  Oregonians actually miss the rains if they’re gone too long, so it wasn’t a big deal. Maybe those weather folks were right.  A trace of snow on Christmas Eve–what a lovely thought.  Yesterday morning it started. I was on the phone with my sister, and went to the window to be sure. Yep.
Wet snow. Son of a gun, we’re gonna have a white Christmas. 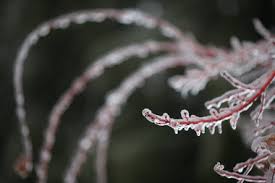 Within hours, there was a light frosting of snow everywhere.
So lovely to see.
For about an hour.
Just until the temperatures plummeted.
All that wet snow turned to ice.
Slick as snot–not even a dog wanted to venture out in that mess.

You can keep dreaming of that white Christmas all you like, but don’t expect me to agree you.
Where I live, that means ice, baby. I’m gonna just stay inside all day and hope it goes away real soon.

I am thrilled to announce that Cosmic Groove, book 5 in my Hand of Fate series was released this week and is now available from Amazon, Barnes & Noble, Kobo, Apple i-Books and wherever you buy books.

Sometimes, every deal is a bad hand.

Mattie’s oath to Morta is under siege, and now there’s hell to pay. With an immortal sorcerer and his demon on the rampage, and a feud about to explode between the lycans and the witches, only a bad deal with the dead can help Mattie lift a centuries-old curse and rescue Rhys. But neither Mattie nor her friends suspect there’s a deeper, darker plot that threatens the lives of everyone in Shore Haven.

For Mattie Blackman, the Hand of Fate may be a very bad deal indeed.

Finishing a novel and releasing it out into the world always brings a fantastic feeling of accomplishment, but also has me on pins and needles until the first reviews come in.  Will people like it? Was it worth the wait?  I hope so. I look forward to hearing from you.

Posted on February 3, 2017 by SharonJoss

Several of you have asked if there will be a book 5 in the Hand of Fate series, and the answer is yes, and I’m really excited about it. I don’t have a firm release date yet, but here’s a sneak peek at the gorgeous COSMIC GROOVE cover by the fabulous Lou Harper to tide you over: 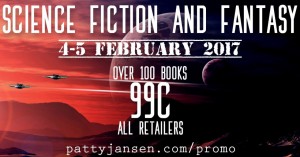 While you’re waiting, check out this great deal on science fiction and fantasy books for $0.99 for Feb 4-5 only.  A lot of great reading here, including a chance to pick up my BROTHERS OF THE FANG at a steep discount.  The link to the promo is here