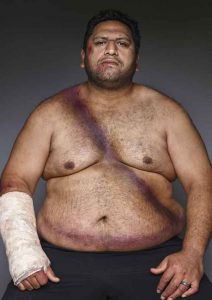 It’s automatic; so ingrained in our culture, we don’t even think about it anymore, we just do it. Like saying “please” and “thank you”, it’s a learned reflexive response. In other words, it occurs after an association has been made. We associate getting into a vehicle with putting on our seatbelt. Our hands reach for the belt without deliberate intent, even though we don’t have brains in our hands.

If you’ve been around long enough, you remember the days when seatbelts weren’t worn. When the heavy metal buckles dug into your butt and most folks stretched them out and let them hang over the edge of the seat. That was 40 years ago. In 1984, New York became the first state in the nation to require seat belts to be worn.

As someone who lived through that cultural revolution, my memories are that no one wanted to wear seat belts. They were bulky, uncomfortable and made it hard to breathe while wearing them. They were deemed by many to be ineffective; a government infringement on individual rights.

The ad campaigns started when I was a kid, and I grew up seeing commercials with slogans like these:

These slogans helped to change the driving habits of every American (except New Hampshire, which I understand does not have enforceable seatbelt laws). And they continue worldwide, in countries where the culture has not yet acquired the learned reflexive response: https://mymodernmet.com/new-zealand-seatbelt-safety-campaign/

The facemask pushback is not a new phenomena. I’ve travelled extensively in Asia where facemasks are the norm whenever someone is sick or sensitive to pollen (or smog). I didn’t like wearing it at first either. I found them bulky, uncomfortable and made it hard to breathe while wearing them. But after 19 weeks of practicing, I have found I can wear a face mask for as long as I need to, and feel safer when I wear it in public.

This entry was posted in Sharon Joss and tagged mask, seat belt. Bookmark the permalink.