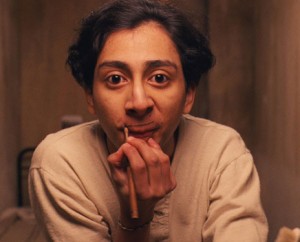 My beloved sister (or one of them, at any rate) came for a visit this weekend from Southern California. Fortunately, the weather was ‘Portland Perfect’ and we had a terrific time prowling the streets downtown, groovin’ on Mimosas, great coffee, and a shirtless unicyclist wearing a darth-vader mask playing a VERY respectable Vader theme on the bagpipes. I dearly wish I’d brought my camera, but it was one of those bits of eye candy which make Portlandia uniquely its own.

We also took in a delightful new movie, The Grand Budapest Hotel, Wes Anderson’s latest film. My sister and I both loved Moonrise Kingdom and thought this movie was even better. Both are films that especially appeal to me as a writer; because even though you have an idea where the plot is going, you have to pay attention to every action and word because there are so many surprises and twists. I loved trying to name all the great actors in cameo performances, too.