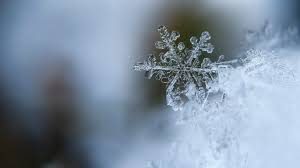 I made a conscious decision this year to step away from December 25th.  It was not a choice made from a place of cynicism or stress any other negative place; I grew up with Christmas morning and shrieking with excitement at the sight of the tree with presents piled high beneath, followed by a cheerful and boisterous holiday breakfast and generally followed by an ‘outing’ of some sort, if the weather was fair. Oftentimes, my dad would pack up my three sisters and I and head off to the beach to ‘get the wigglies out while your mother takes a nap’. If it was raining, he took us up to the local college dairy to pet the new calves and ooh and aah at the size of the big Holsteins. By the time we got back, the wigglies were well and truly spent and we were once again reasonable tolerable children.

This tradition continued for decades. My eldest sister married the boy around the corner; he and his mother joined us; another sister married into a family that celebrated on Christmas Eve, so we postponed morning tree-time long enough to let them make the two-hour drive. A third sister also married someone local and I was there it too, either making the 40-hour drive or flying in from New York or Idaho. Every year. Hectic and jet-lagged, but there and glad to have made it.

The grandkids arrived, and the Christmas morning tradition continued; although as adults we were more excited about the tantalizing smells coming from the kitchen and the champagne brunch to come than the actual gifts. It was all family, all nice, and hardly any shrieking, except for the grandkids. 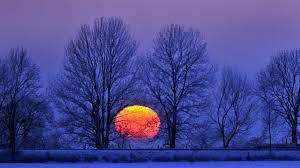 And then, as it happens, life goes on. Our parents passed away within a few short years of each other. The big house was sold. In the past 20 years, we’ve gotten together as a family just twice, and it was awesome. But impossible to sustain on an annual basis; there are just too many of us now. And we all accept this. We’ve all begin new traditions of our own.

And the thing is, it seems to me we keep trying to follow the hype and be jolly and carry on. We shop feverishly for gifts that have to be mailed weeks ahead and shop for more food than we need because we still have the images in our head about how you can seat 10 adults and 4 kids plus assorted friends and partners at a table for six (that can be extended to seat 8, and with the kid’s table another four), when in actuality, the group that will be having Christmas breakfast at your table will be half that many. And the feeling isn’t really the same. So we’ve each embraced our new traditions with our own families; and those traditions are good. And so it goes.

I don’t miss travel during the busiest travel time of the year. The gifts that do arrive are not Christmas. While I adore my sisters and their families dearly, snuggling on the couch with a cup of hot cocoa and the dog while a storm whistles outside is delightful. Peaceful. A time for reflection and dreaming a little of the future, even if it’s just the year ahead. I’ve come to associate this quiet time with the return of the light on Solstice. 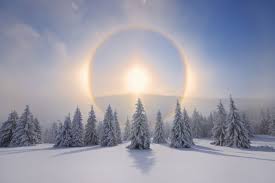 The last few years in particular, I’ve actually looked forward to the day to the day of ME. I dedicate the whole day to setting up my calendar, updating my 5-year plan, and making resolutions and goals for the coming year. I put on my favorite winter music and review all the blessings I’ve received in the past year. I even set up a little altar in front of the window where the first light of the day will appear (if it’s sunny); a couple of candles, a few crystals, and a little carved stone bowl with an offering of wine. I am not sure who it is for, be it the old gods or past lives or the Force, it really doesn’t matter; it just feels right somehow. For me, the solstice has become the best day of the year.

My life is simplified; the tree has been trimmed. And I am thankful.

This entry was posted in Sharon Joss, solstice and tagged blessings, Happy Solstice. Bookmark the permalink.