The pending arrival of the fall Equinox brings to mind all the coming colors of the fall season and reminds even the most tech-savvy among us of the persistent influence of previous ‘before times’ (and yes, there have been many). Dark times, they were indeed; before the current pandemic and all the previous pandemics, going back to even before the Black plague. Times before civilization as we know it, before recorded history, before the even written word, this time of year was characterized by symbols that are still in use today. 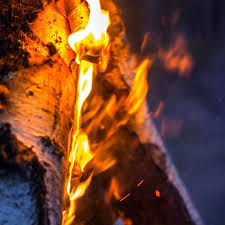 Late summer beings the harvest and the time of plenty before the shorter days and long lean nights of winter. We have welcomed the symbols of harvest since the time of first farms: the cornucopia, scarecrows, sheaves of corn and wheat. In neolithic times, sacred bonfires burned (and beginning in the 9th century, the Celtic festival of Samhain) attracting bugs and flying insects which in turn, invited bats to gather.

The sobering momento mori (a Latin phrase meaning ‘remember you must die’) skeleton symbol infers death, sacrifice, danger,  or (in the case of the Jolly Roger) bravery, toughness, ferocity, warning, and victory (it was not until the 1850’s that the skull and crossbones became associated with poison). 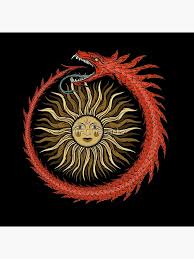 In particular, I am fascinated by the Ouroboros, the ancient image of the serpent or dragon eating it’s own tail; depicted in Egypt as early as 1600BC and meant to embody the never-ending cycle of the sun across the skies. The symbol has been been depicted in Norse, Aztec and West African cultures.Alchemists used it as a symbol of magical power by alchemists expressed in the formula, ‘solve at coagula’: an injunction to dissolve and congeal; in other words, loss and restoration of form, a basic rhythm of alchemical transformation. Plato described it as a self-eating, circular being as the first living thing in the universe — an immortal, perfectly constructed animal.  The wheel of time; the relentless march of seasons
– What goes around, comes around.
– The golden rule.
– Karma is a bitch.
– Immortality, whatever. I could go on….

I love this time of year.

On completely different topic, I got myself a new coffee cup to celebrate.

Better days are coming, you pagans.