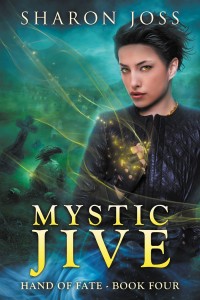 Nothing can hurt the dead. They’re lucky that way.

As Mattie Blackman’s personal life with Rhys heats up, the dead frantically appeal to the Hand of Fate for help. An ancient evil is stirring.

Cursed by a vindictive cult of sorcerers that law enforcement doesn’t dare confront, Mattie gathers her friends and allies to stop a dark ritual with the power to tear her whole world apart.

And if that wasn’t enough, Brothers of the Fang, my ‘other’ urban fantasy, is free for the next few days only. Grab a free copy while you can. Let me know if you like it! 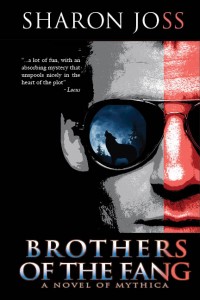 Brothers of the Fang

BROTHERS OF THE FANG by Sharon Joss

When Mike accepts a security job at Mythica, America’s only supernatural theme park, he discovers an unexpected kinship with the park’s werewolf pack. But when his curiosity gets the best of him, he’s ensnared in a centuries-old feud between Mythica’s vampires and the fae of the neighboring High Tor clan. Only Tehuantl’s magic can save Mike’s brothers of the fang; in return, Tehuantl wants permanent possession of Mike’s body, mind, and soul.