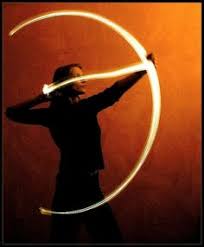 There’s a term in archery called Archer’s Paradox, which refers the effect produced by an arrow flexing as it leaves the bow. To my mind, it’s an expression that also aptly describes story as it is loosed from the author’s mind onto the page. Whether you’re a pantser or a plotter, the story flexes from what you planned to write before the words show up on the page.

At various writers workshops over the years, I have listened eagerly to different best-selling authors describe the point where they know they are ready to begin writing (their new novel). Some said they did all their research first. Others shared that they covered the walls of their writing studios with scene outlines. Even avowed pantsers confessed to starting out by sketching a few plot lines or writing out-of-sequence scenes. There seems to be no single method practiced by the masters in this business–nevertheless, it’s all fascinating stuff. 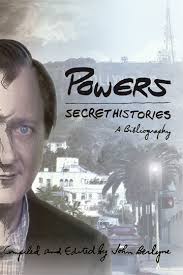 It was Tim Powers who confessed that he puts off the actual writing (of the novel) until the last possible moment. At a writer’s workshop several years ago, he mentioned that he spends most of the time allotted to his novel, not writing; building up the story in his head until the tension of the pent-up story is so compelling that when he does finally let fly the words, they burst forth in a torrent, and he writes as fast as he can to get them on the page. Like a taut bowstring, the story is loosed.  It doesn’t always exactly match the story originally envisioned, but it follows the path planned, flexing (with inspiration) as it travels rapidly toward completion. When I first heard him describe this process, it seemed like a rather unorthodox method to me.  Something that worked for him, not something for my writer’s toolbox; but I never forgot what he said.

As I struggled to meet a daily word quota on my latest work in progress, I eventually became discouraged and then totally blocked. I tried a number of strategies to get the story to come alive again, but it always died after I wrote the first chapter. After eight different Chapter Ones ended up in the trash,  I finally decided to try the Tim Powers approach; no words on the page until the words themselves could not be stopped.  Instead of writing chapters (plotter that I am), I went back to square one and worked on (a brand new) outline, not writing until story tension built up inside me. 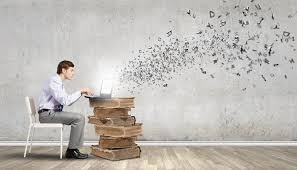 After a year of trying to force words to a story I didn’t care about onto the page, I stopped caring about word count and stopped writing for a while. I didn’t stop plotting or researching, or making notes or outlining, I just stopped trying to write anything that could be called a draft or chapter. After months of trying to force words onto the page, suddenly, I couldn’t hold them back anymore.  Today, I let my story fly.

It feels good.  Sometimes, not writing is the key. Let ‘er rip.