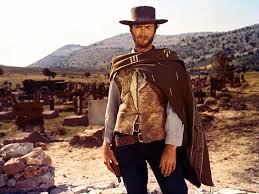 I confess, I am a huge fan of spaghetti westerns. As a trope, it’s one of my guilty pleasures, right up there with James Bond movies. This weekend, there was a Clint Eastwood movie marathon on TV, and the feast was bountiful, including High Plains Drifter, Pale Rider, The Unforgiven, and one of my all-time favorite films, Hang ‘Em High.

Of course any decent Clint Eastwood movie marathon starts with the Sergio Leone trio of films (A Fistful of Dollars, For a Few Dollars More, and The Good, the Bad, and the Ugly). The scenery is gorgeous, the violence brutal, and Eastwood’s anti-hero portrayal, timeless. Even today, Rotten Tomatoes scores all three above 94% for appeal, some 50 years after release. 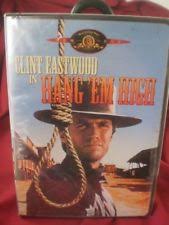 Then there’s Hang ‘Em High.  I hadn’t seen it in a while, and I ended up taking notes. No spoilers here, just an appreciation for plotting and subplots.

The problem the protagonist tries to solve keeps getting away from him when he’s obligated to fix someone else’s problem first. His sense of honor and justice keeps getting in the way of his sense of revenge. His sense of revenge evolves into a determination for justice (for himself), and eventually his own disillusionment with the justice system (as administered by a hanging judge), and in the end, sympathy for the last of 9 men who tried to kill him.

For the audience, there’s a shared frustration with the protag, as he is continually thwarted in his efforts by bigger, higher priority problems that need to be solved (each of which consists of several action scenes), which builds throughout the story until he FINALLY faces off against his would-be murderer, only to be thwarted yet again.

All this thwarting and action showcase his growing disillusionment with the wild west legal system, something which he knows he is a part of, yet is unable to change–the hanging judge is as much a monster as the murderers he hangs. In the end, though his decision to stay and work within it or leave and live happily ever after says everything about the protagonist’s character, and the emotion that the AUDIENCE experiences when he makes his choice is unique to each individual viewer. Wow. For me, this multi-dimensional story-telling. A story that stays with you after you walk out of the theatre.

To me, the ‘spaghetti western‘ genre branding is a misnomer. It implies a a shallow thrill that minimizes the audience experience. I prefer to think of these films as a subgenre of noir: defined as genre of fiction characterized by cynicism, fatalism, and moral ambiguity. And lest you think I’m only interested in Eastwood films, think The Treasure of the Sierra Madre. Or, more recently, films like No Country for Old Men, Blood Simple, Red Rock West, or Last Man Standing.

So you can keep your spaghetti westerns, I’ll have a Western Noir.
Make it a double feature.