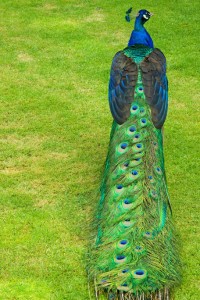 I’m coming up on a couple of major milestones in my life. Six years ago this week, I made a commitment to myself to focus all my efforts on becoming a professional writer. In less than two weeks, I’m going to be headed to LA for a writers workshop and to attend my first awards ceremony (as a winner!).

Wow. Six years as a writer.

When I started, I expected to be supporting myself with my writing in three years or less. I expected that in five years, I’d hit the best-sellers list (I didn’t know anything about being a fiction writer).

Boy, was I ever wrong about that.

In actuality, I’ve earned less than $2,000 from my writing so far. The general consensus is that it takes about ten years for a writer to become self-supporting, but I didn’t know that then, and I have no intention of giving up. The last six years have been both the most challenging and happiest of my life. I always knew I wanted to be a storyteller; I just didn’t anticipate that writing fiction would be so gratifying (and liberating), or that it would bring me closer to my true self. I never expected that.

When I first started submitting my work, I expected it would be well received. I ‘ve earned two college degrees and consider myself smarter than the average bear.

But I was wrong about that, too.

I had a lot to learn. Rejection became my new expectation, until (about a bazillion rejections later) I made my first sale. A blip of ‘yes’ in the river of ‘no’. I kept writing, even as I knew I was merely creating more fodder for rejection. And then, a year later, there was another blip, and another, and the form rejections began to arrive with personal notes of encouragement to keep submitting. And then one of my stories won a contest. Not just any contest, the biggest speculative fiction competition for amateurs: Writers of the Future.

It’s taken me the better part of three months to wrap my head around the fact that on April 12th, I’ll be joining my fellow winners in a theatre in Hollywood for the awards ceremony. And we’ll be joining the ranks of other writers who also achieved that milestone and went on to become named writers (many of them, best-sellers). And if that wasn’t enough, the week prior to the event, we’ll attend a week-long writers workshop, taught by some of the biggest names in the genre.

I expect I’ll be raising my future expectations accordingly.